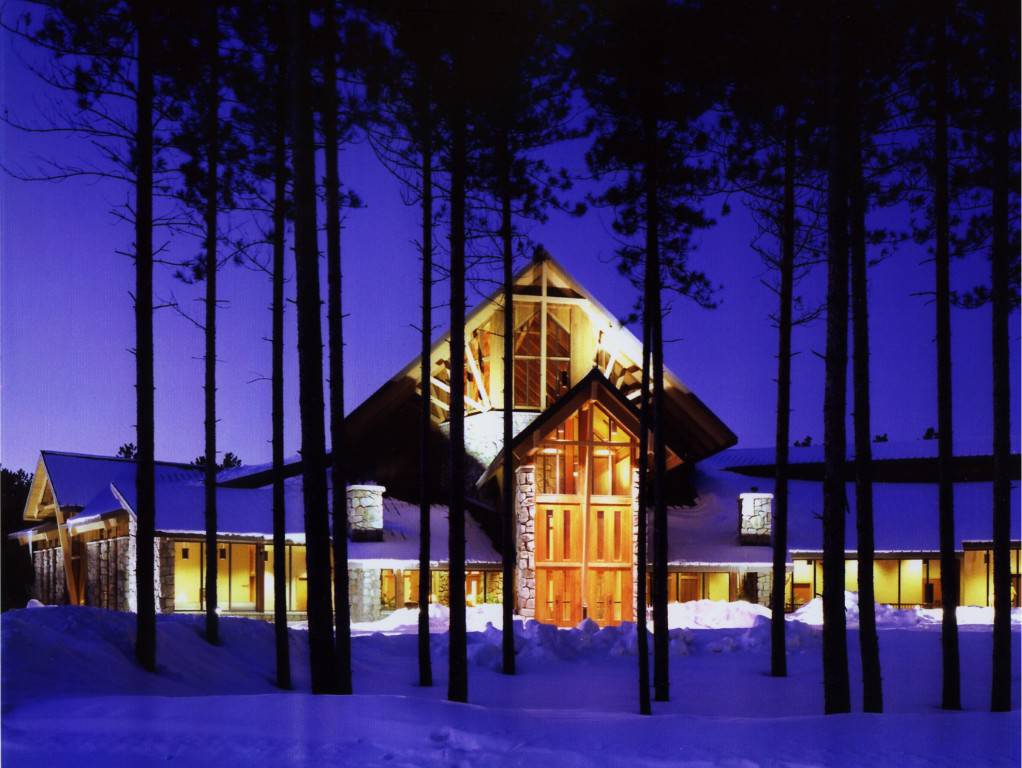 We will not be celebrating Mass on Thanksgiving Day this COVID year.  (Thanksgiving Day is NOT a Holy Day of Obligation.)  Go to the Diocese of Superior website for online Mass resources:  https://catholicdos.org/virtual-mass-live -streaming 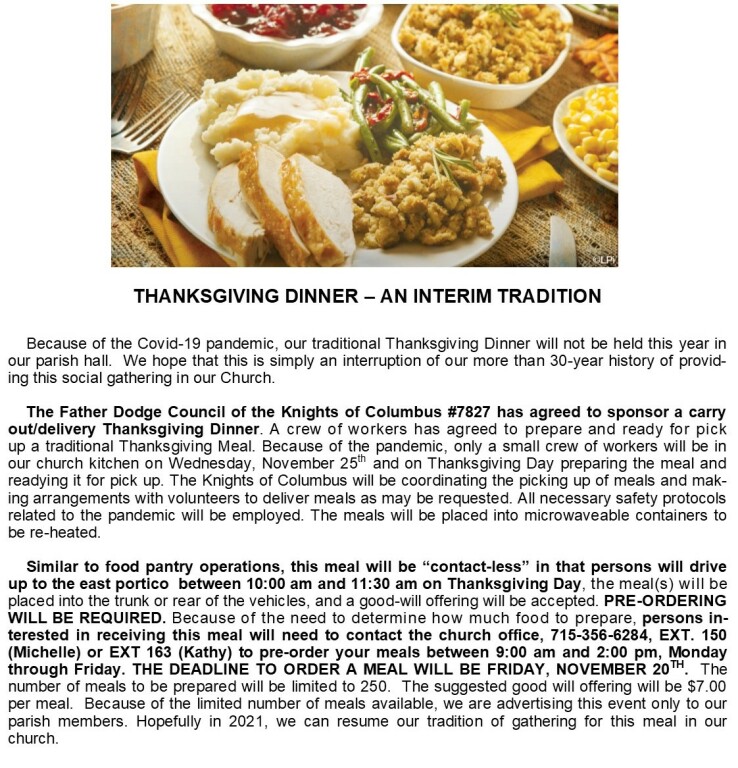 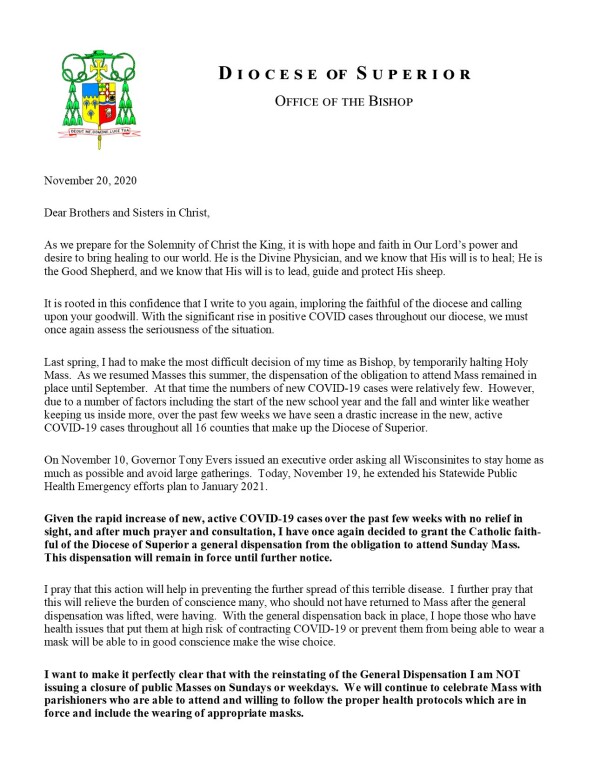 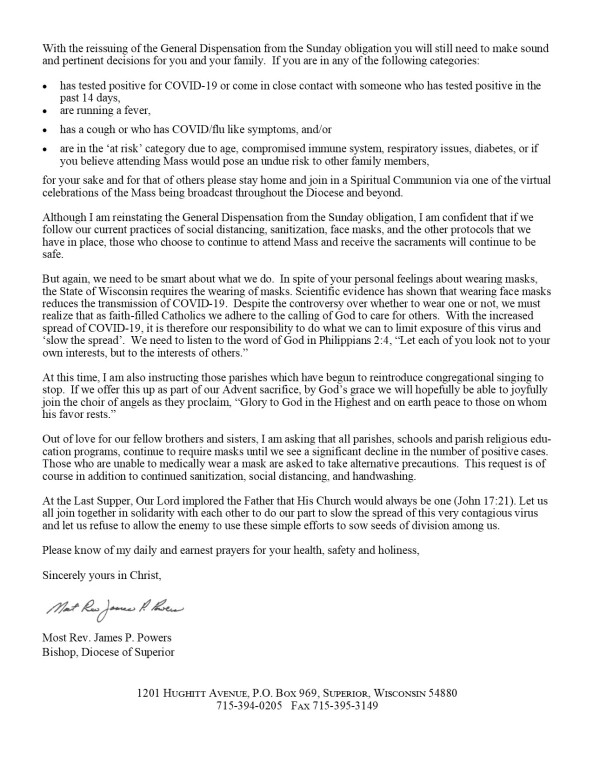 Our Holy Father Pope Frances has stirred up a great deal of anger, confusion, controversy, and discussion.  He has been quoted as saying that same sex couples ought to be allowed to enter into civil unions.  Of course, that sets off alarm bells regarding Biblical and Catholic moral theological teaching regarding homosexual acts.

It would be helpful to look at this more closely and dispassionately.  First, the Holy Father spoke of civil laws.  The state is an entity separate from the Church.  He did not say a church ceremony. Secondly, he used the word union.  He did not call it a marriage.  As we know and believe, marriage is a sacred bond between a man and a woman.  Third, he did not speak at all about homosexual acts or make a change in Catholic moral teaching regarding the nature and meaning of sex acts in the context of a commited marriage relationship and being procreative and unitive.  His silence means no change in sexual moral teaching.
We are free to argue with, dispute, or even disagree with the Pope's statement.  But, it is important to know what he did and what he did not say.
Fr. Jerry 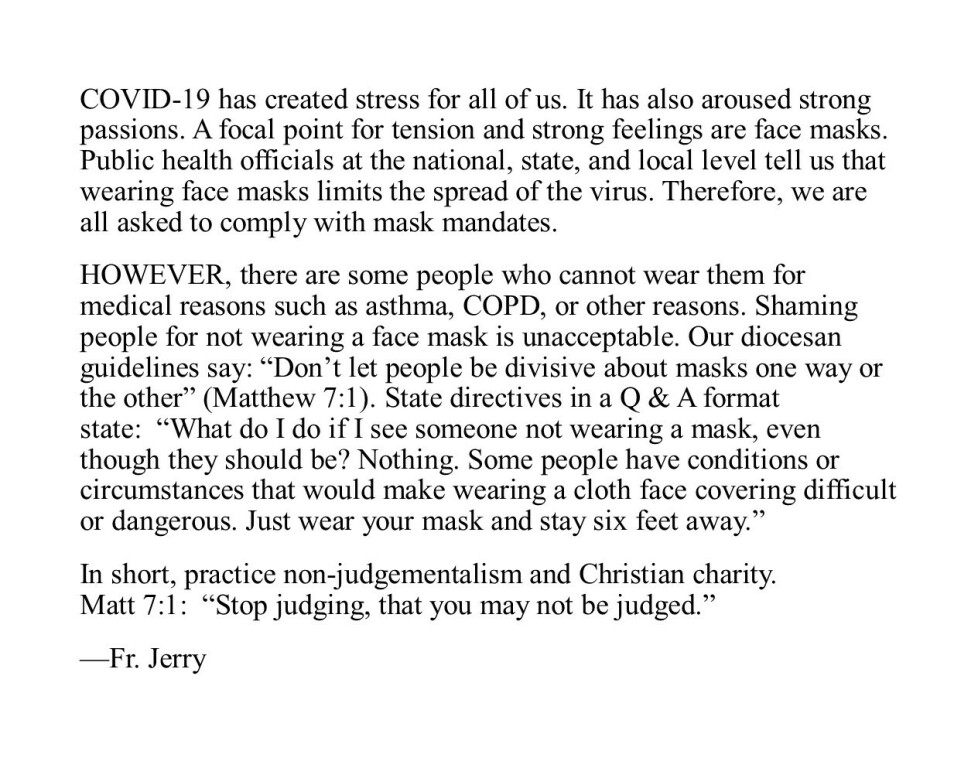 Adoration Chapel will be closed (from the outside), for the winter.  It will be accessible only when the building is open. 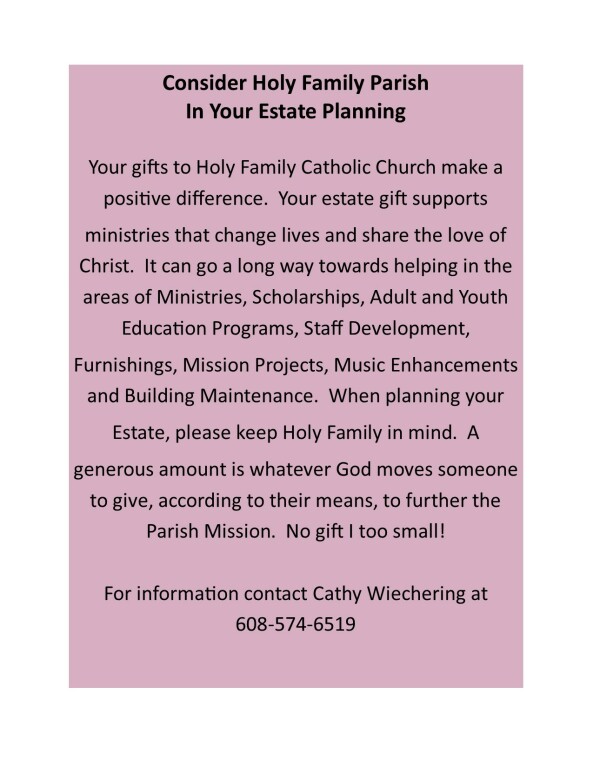 There are several dates where we won’t be recording the Mass.

November 26: Thanksgiving
November 28
December 5
Please click the link below to view the video of the St. Francis prayer walk that is posted on the Catholic Herald's new You Tube channel.

Click the link below to see the Ministry Schedule 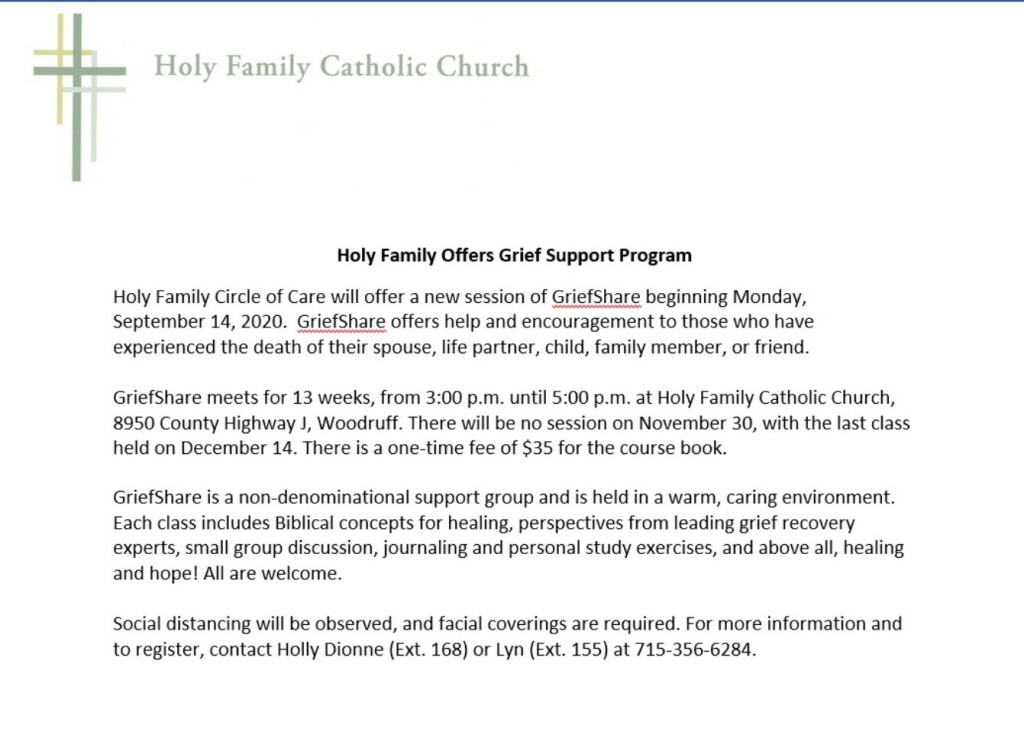 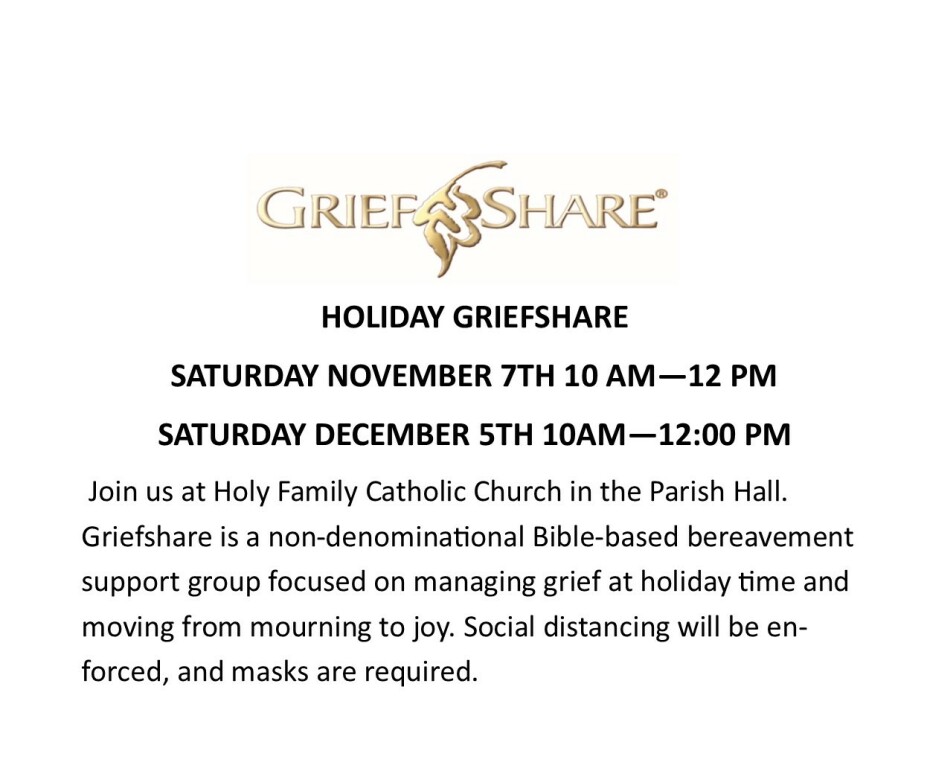 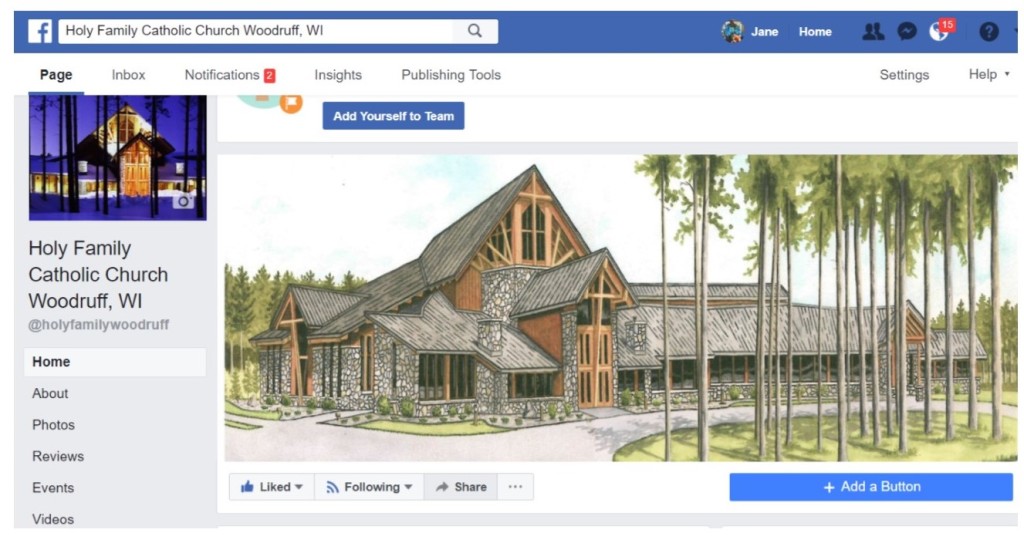 Click below for information on St. Anthony's Spirituality Center: 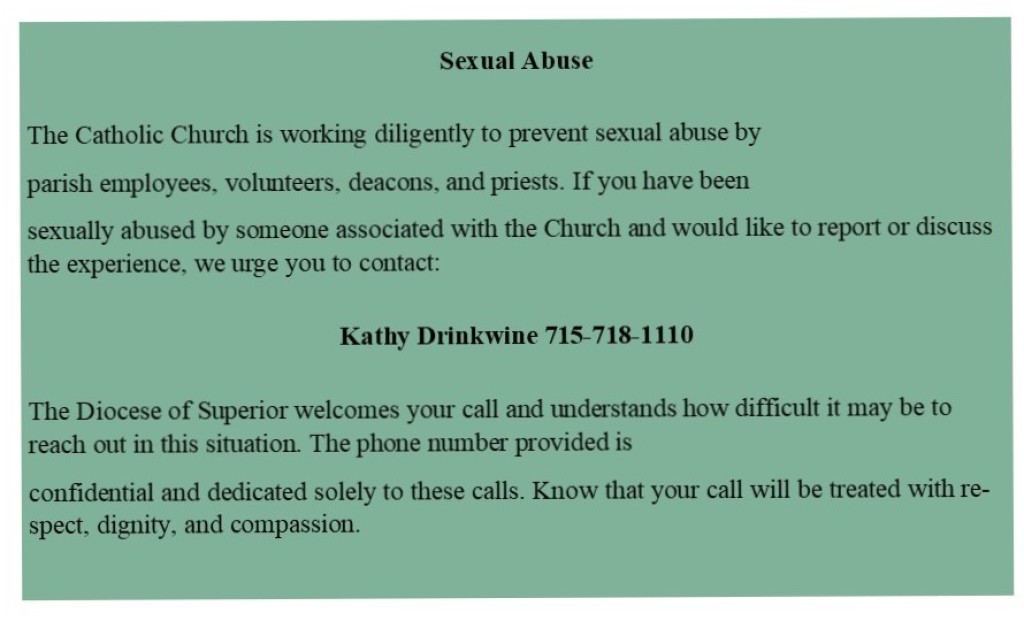